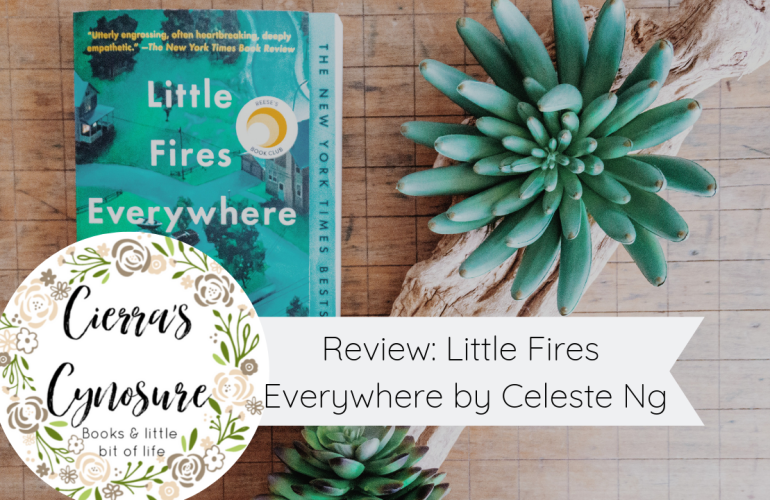 “Rules existed for a reason: if you followed them, you would succeed; if you didn’t, you might burn the world to the ground.”

Everyone in Shaker Heights was talking about it that summer: how Isabelle, the last of the Richardson children, had finally gone around the bend and burned the house down.

In Shaker Heights, a placid, progressive suburb of Cleveland, everything is meticulously planned – from the layout of the winding roads, to the colours of the houses, to the successful lives its residents will go on to lead. And no one embodies this spirit more than Elena Richardson, whose guiding principle is playing by the rules.

Enter Mia Warren – an enigmatic artist and single mother – who arrives in this idyllic bubble with her teenage daughter Pearl, and rents a house from the Richardsons. Soon Mia and Pearl become more than just tenants: all four Richardson children are drawn to the alluring mother-daughter pair. But Mia carries with her a mysterious past, and a disregard for the rules that threatens to upend this carefully ordered community.

When the Richardsons’ friends attempt to adopt a Chinese-American baby, a custody battle erupts that dramatically divides the town and puts Mia and Mrs. Richardson on opposing sides. Suspicious of Mia and her motives, Mrs. Richardson becomes determined to uncover the secrets in Mia’s past. But her obsession will come at unexpected and devastating costs to her own family – and Mia’s.

Little Fires Everywhere explores the weight of long-held secrets and the ferocious pull of motherhood-and the danger of believing that planning and following the rules can avert disaster, or heartbreak.

A particular thought occurred to me early on in my reading experience with Little Fires Everywhere, and by the end of the book I realized the same thought recurred over and over again: Every single word in this book felt intentional. Every single phrased meant something to the overarching plot, the trick was to pay attention. This book turned me into the detective I didn’t know I was.

The #1 praise I have for LFE is the absolutely impeccable writing style. There are few works that I have read where the atmosphere and mood are so clearly established.

But Ng’s tone is not the only contributor to the success of her work. The way the book is set up also gave it so much more impact for me as the reader. Little Fires Everywhere begins where it also ends: the Richardson’s house burning to the ground in front of them. The question at the beginning of the book is why the house is on fire; and that question is solved by the end of the book at the very same scene.

“‘The firemen said there were little fires everywhere,’ Lexie said.

‘Multiple points of origin. Possible use of accelerant. Not an accident.'”

I also have to rave about the complexity of the characters in this book. Just like the writing, every character is written with intention and never serves the sole purpose of advancing the plot. Ng gives them unique histories, personalities, and voices so that all characters are memorable and important.

For instance, there is a part of the book where Mrs. Richardson calls up an old friend for a favor, and we learn this about their friendship history:

So as you can imagine, now Mrs. Richardson has some kind of leverage over Elizabeth to get what she wants. I found it fascinating that Ng was able to bring minor characters into the major storyline in a way that didn’t make them feel out-of-place or disposable. It felt like watching a movie.

Lastly, I wanted to mention how much of a conversation starter this book is. There are so many topics to cover, all with considerable weight, so here’s a few:

And so on and so forth. This is an excellent book for those that are looking for:

Obviously, my criticism for this book is very minor. The only thing that bugged me throughout the reading was the intensity in which Ng delves into Mia’s history with photography. I found myself feeling a little bit inclined to skim that section of the book. Nonetheless, that part still proved to be important to Mia’s character building and painting a picture as to why she is the skittish she is.

Thank you so much to Ilia for buddy reading this book with me! Check out her socials:

A nineteen-year-old girl who likes reading and writing a lot. I created Cierra's Cynosure in December of 2015, and I migrated it here to Wordpress in August 2019 in hopes of connecting with more bookish friends! Stop by and help me do so? ♡ View all posts by cierrascynosure 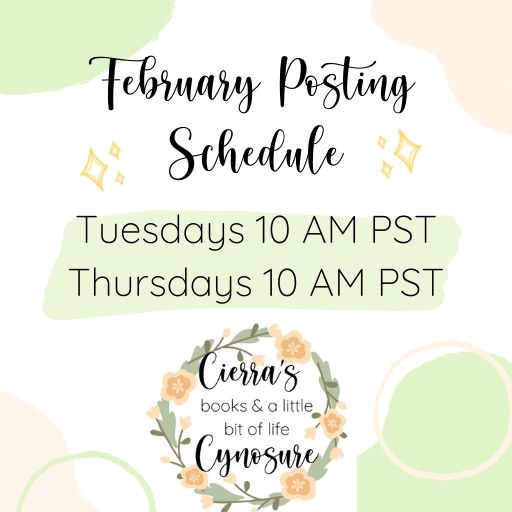