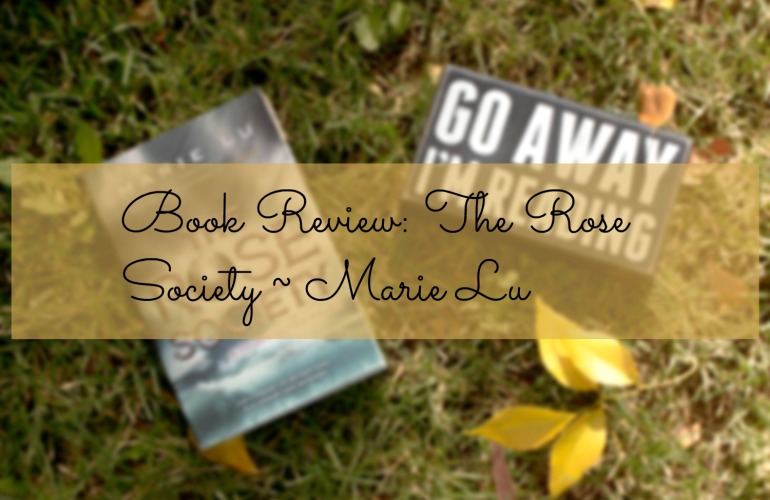 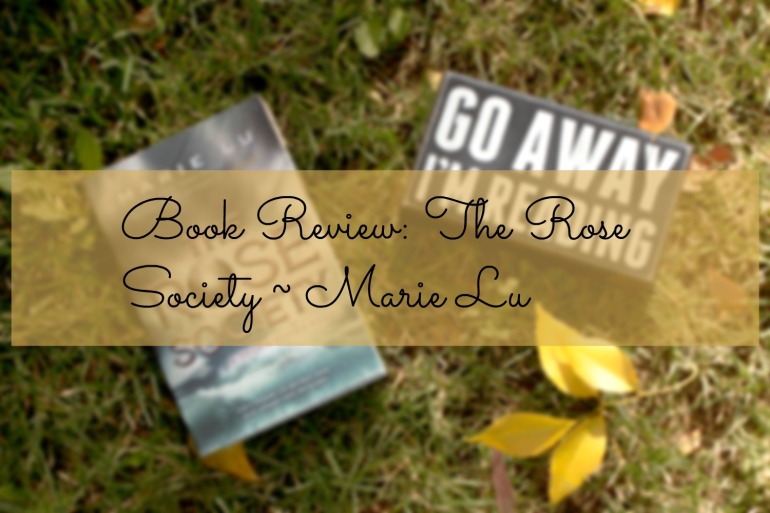 Hi everyone! Are you ready for this?? Because I’m SUPER READY to share with you all my many thoughts and frustrations with The Rose Society by Marie Lu! HERE WE GO. 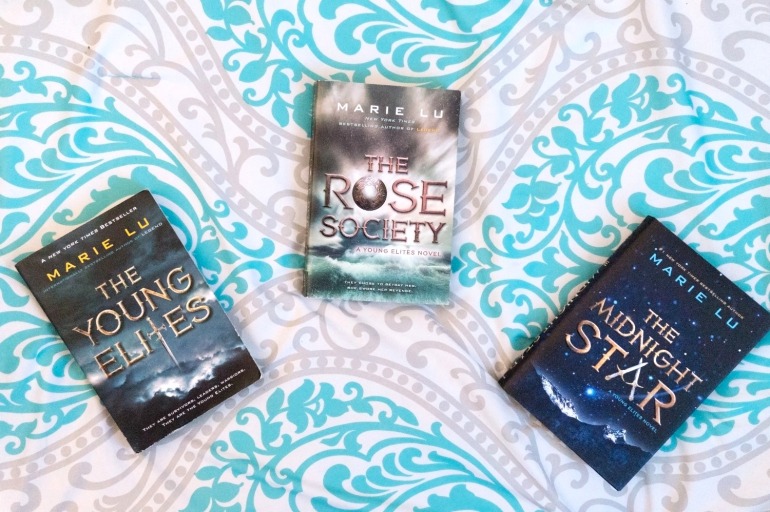 Synopsis: Once upon a time, a girl had a father, a prince, a society of friends. Then they betrayed her, and she destroyed them all. Adelina Amouteru’s heart has suffered at the hands of both family and friends, turning her down the bitter path of revenge. Now known and feared as the White Wolf, she flees Kenettra with her sister to find other Young Elites in the hopes of building her own army of allies. Her goal: to strike down the Inquisition Axis, the white-cloaked soldiers who nearly killed her. But Adelina is no heroine. Her powers, fed only by fear and hate, have started to grow beyond her control. She does not trust her newfound Elite friends. Teren Santoro, leader of the Inquisition, wants her dead. And her former friends, Raffaele and the Dagger Society, want to stop her thirst for vengeance. Adelina struggles to cling to the good within her. But how can someone be good when her very existence depends on darkness?

“What is the point of searching for love, when love is nothing but an illusion?” pg 323

“I will not kill you. I will keep you alive. I will torture you…until your soul is dead.” pg 375

Cover: Because I have The Young Elites in paper back (unfortunately), I also bought The Rose Society in paperback, oblivious to the fact that the cover was changed for paperback editions!! I’m not sure if that’s like an incentive to buy the book in hardcover??? Either way, it annoys me. The cover in paper back edition isn’t bad, but it just isn’t nearly as badass as the hardback edition with the white wolf. *Sigh* I guess I’ll live.

Pacing: The pacing up until the end of the book was 👌and when I got to the end I kinda was left…confused? I’m not saying the ending was rushed or incomplete, but it was kinda-a-cliffhanger-kinda-not.I’ll talk more about this later in the spoiler section.

Characters: UGHHHHH! This is where my frustrations noted earlier come in at !!! While the elite abilities the new characters have were absolutely stunning, most were just so…2D. To sum it up before I accidentally spoil something: Giulietta: merely a plot progressing device. Sergio: underdeveloped. Magiano: YES! Violetta: damn. Adelina: CHILL. Teren: ….yikes. The Daggers: Ugh, I just don’t know anymore. Raffaele especially: I don’t know how you do this to me but stop pls.

So for some basic likes & dislikes…

LIKES: Magiano. *Loving sigh* He was just such a breath of fresh air compared to Adelina. He’s sarcastic, funny, and even made me laugh or smile in the middle of a very tense fight. Example:

Adelina: *Almost gets shot in the neck with an arrow*

Magiano: “We need to work on your reflexes, my love!”

Idk man, I just love him.

At first I didn’t understand why people were shipping him & Adelina… but looking a bit deeper, I totally do too (oops.)

Another thing I enjoyed was the inevitable uncertainty this book left me with. One of the main things I kept wondering about is if Adelina’s mercenaries would betray her. And speaaakiiing of The White Wolf, as much as she frustrated me, I legitimately cannot hate her. I still pity her somehow… but it’s like a never-ending civil war inside of me regarding my ultimate opinion of her.

There’s a few other things I really enjoyed, but unfortunately they contain spoilers. Keep scrolling!

DISLIKES: The new characters despite Magiano were kinda terrible. As I mentioned above, many were merely used to progress the plot or simply lacked depth. I didn’t connect with any besides Magiano. Also, I just don’t care about the Daggers as much as I used to. After it all fell apart in book one, I kinda turned my back on them right along with Adelina. Except for Raffaele. *SIGH*

1- Adelina’s whispers are causing her to spiral out of control and not trust anyone. What does this mean for her in the next book? Are they intended to imply that Adelina could be a schizophrenic? I’m not sure.

2- DO ADELINA AND MAGIANO BECOME A THING? BC YES. Although I have a

feeling that there will be no time for romance considering how short The Midnight Star is. *le sigh again*

3- Raffaele’s information Violetta discovers in the end of the book is critical. What I want to know is if this will be the termination of everything Adelina worked for. We shall see.

So to sum it up before I get into the spoiler section, The Rose Society did not let me down for the most part. I just really wanted to like the new characters more and be dumfounded by Adelina’s new society to strike back, but it was definitely hindered by the fact that I didn’t form a relationship with most of them. Everything else is exactly what a middle child in a book series needs: new enemies, missions, battles, relationships, and plot twists.

Spoiler section of review – do not read unless you have completed the book !!

You all have no idea how freaking happy I am about Teren. Seriously I flailed and screamed a little bit when Adelina weaves the illusion of a marking into Giulietta’s hair and makes Teren kill her. And the dialogue after – omg!!

“My smile turns savage. I could have killed Giulietta myself…but this is better…I give Teren a bitter smile. ‘Now you know how it feels.'” I AM SHOOK. And the reason I said Teren scared me earlier is how is “love” for Giulietta quickly gives way to obsession and madness. He’s basically that villain that goes off the deep end. Again: SHOOK.

But even though I loved that scene so much, I had a bone to pick with it. Really Giulietta? You’re just gonna let Teren stab you like that? There’s no struggle, no verbal protest, no nothing. Just: *stabs, dies.*

Could it be that she was ready to die? Or maybe she knew there was no escape? I dunno, but I think a struggle really would have been beneficial, especially for Adelina’s satisfaction.

Both Giulietta and Gemma’s deaths were unimportant to me, and I saw this opinion a lot on Goodreads so I’m glad I’m not the only one that was like… “Hm. Okay.”

And also akin to the majority – I was not in favor of Enzo being brought back from the dead. Because like we expected – this !! is !! not !! Enzo !! It’s like a demonic reincarnation living in Enzo’s body. It was honestly a bit scary and it makes me dislike him…which really sucks because I cried when he died in book one. With that being said, some advise for Mi Adelina:

Lastly,I feel as if I am the only one who picked up on this – but does anyone recall when Maeve warned Adelina that Enzo being tethered to her from the Underworld would make her lose some threads of energy? Yeah, I was really hoping that’d come into play, and it didn’t

For once I wanted Adelina to be at a disadvantage because it’d add even more tension in the final battle between Kenettra and Beldain, but that didn’t happen sadly. Maybe it’s something that happens in The Midnight Star, but I guess I won’t know till I read it!

So that concludes my many thoughts on book two of The Young Elites triology. Did you relate/pick up on anything else I didn’t mention? Please let me know in the comments!! I’d really love to read them 🙂 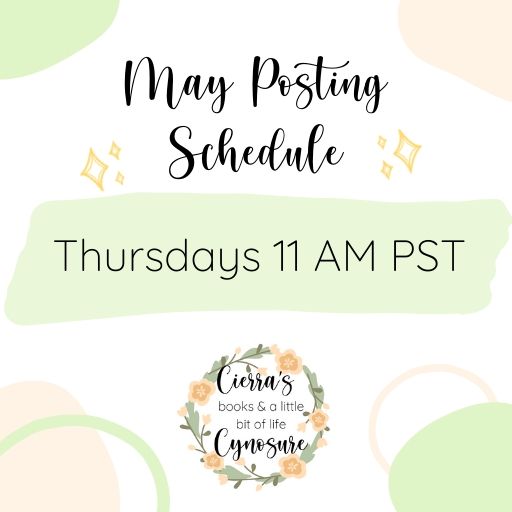