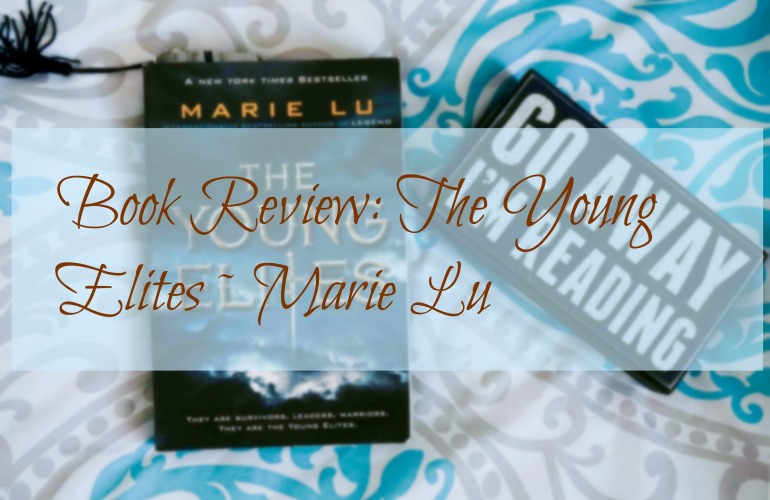 Hi everyone! I’m so excited to present you all my many thoughts and opinions and raw feelings that I have for The Young Elites by Marie Lu!

Synopsis: I am tired of being used, hurt, and cast aside.

Adelina Amouteru is a survivor of the blood fever. A decade ago, the deadly illness swept through her nation. Most of the infected perished, while many of the children who survived were left with strange markings. Adelina’s black hair turned silver, her lashes went pale, and now she has only a jagged scar where her left eye once was. Her cruel father believes she is a malfetto, an abomination, ruining their family’s good name and standing in the way of their fortune. But some of the fever’s survivors are rumored to possess more than just scars—they are believed to have mysterious and powerful gifts, and though their identities remain secret, they have come to be called the Young Elites.

Teren Santoro works for the king. As Leader of the Inquisition Axis, it is his job to seek out the Young Elites, to destroy them before they destroy the nation. He believes the Young Elites to be dangerous and vengeful, but it’s Teren who may possess the darkest secret of all.

Enzo Valenciano is a member of the Dagger Society. This secret sect of Young Elites seeks out others like them before the Inquisition Axis can. But when the Daggers find Adelina, they discover someone with powers like they’ve never seen.

Adelina wants to believe Enzo is on her side, and that Teren is the true enemy. But the lives of these three will collide in unexpected ways, as each fights a very different and personal battle. But of one thing they are all certain: Adelina has abilities that shouldn’t belong in this world. A vengeful blackness in her heart. And a desire to destroy all who dare to cross her.

It is my turn to use. My turn to hurt.

Disclaimer:This is my first dystopian read. It’s also my first read by Marie Lu. So if you’re one of those people that are like “this book was awful, why is she hyping it so much?” It could be due to the fact that I’m probably not skilled at spotting those “things that make a dystopian read good” for lack of better words. So that might be noteworthy.

Three words: Oh. My. Gosh. I remember the first time I came across The Young Elites and the synopsis instantly sold me. This book is dark. I’m talking cold-blooded murder served with a smile. Betrayal. Uncertainty. Leaves you constantly wondering…who’s out for who? This book is darker and more twisted than anything I have ever read. With just the right amount of sexy.

Cover: The cover of this book is very simple, yet holds the two main symbols throughout the book: daggers and darkness. Symbolic and appropriate for the book’s tone.

Chapter length/pacing: The chapter length of this book was really appreciable because all chapters were incredibly detailed on situation and surrounding which really painted the picture. The pacing was also appreciable, however, I’d like to note that if this book really pulls you in like it did me, some mad anxiety is coming your way.It got pretty overwhelming at some points.

Cliche count: This book is completely unique.I found no cliches whatsoever. The only thing I have in mind is the implied sorta-kinda love triangle. But please do not let that discourage you! It’s never official, but we know that Adelina has… soft spots for two of the other Elites. Nevertheless, it does not interfere at all. I really want to capitalize on that.

Characters: Our main characters here are of course Adelina, Enzo, and Teren. I appreciated the fact that our MC’s all had complex histories, making their motives and thirst for revenge very personal. I hate to say it, but I even had the slightest hint of sympathy for Teren. And that’s what I really loved/hated: Lu wrote the characters in as people that you can’t completely hate because we know their motives while others only see their actions. Albeit, save yourself the heartbreak and heed my warning: don’t get attached. To anyone.

I’ll leave it there because the spoilers are coming next…

SPOILERS BEGIN HERE. DO NOT CONTINUE READING IF YOU HAVE NOT COMPLETED THE BOOK!

Y’know, I wish going into reading this I knew/had an idea of just how heart wrenching this book would turn out. Seriously, I have never seen an author write such merciless death and destruction. The depths of Adelina’s thoughts blew me away and made me question if such darkness exists in this reality.

This book made me want to reach into the depths of my soul and bring a new part of me to life. A part I hadn’t known existed. I’m not saying I wanted to go all dark, that’s not the point. But to me, this book really inspires some soul-searching. Adelina’s frequent flashbacks to her childhood post blood fever really kept the reminder fresh in our minds of why she’s so hateful to anyone who dare hurt her or the people she’s close to. Also, can we just talk about Violetta for a moment here? When I read the part that Adelina was rescuing Violetta from the Inquistion Tower, and Violetta took Teren’s powers away…. I was like:

Did not see that coming!! And it totally makes sense because I always wondered how she just somehow escaped without a trace of the blood fever, but I never guessed that she’d have invisible powers. I suspect she definitely will come in very handy in the next book!

Okay… so… the part that broke my heart…

I cried. I made the mistake and got super attached to Enzo. I just loved his demeanor and his soft spot for Adelina, because he was one of two people out of the Elites that she trusted wholeheartedly and he just had to be the one to die!

And speaking of that second person that she wholeheartedly trusted… I cannot believe that Raffaele just assumes the position of leader of the Daggers as soon as Enzo died. Not only that, he disowns Adelina and tells her that she and Violetta have to be gone by morning?! Again:

To conclude, I would definitely recommend this book to anyone that likes dark, cold-blooded murder & just a hint of sexy! I’d also like to note that I have a Spotify playlist called “Power” (ironically,) and it could potentially have some songs that relate to scenes in the book! (Special recommendation: You Wear a Crown but You’re No King ~ Bless the Fall) 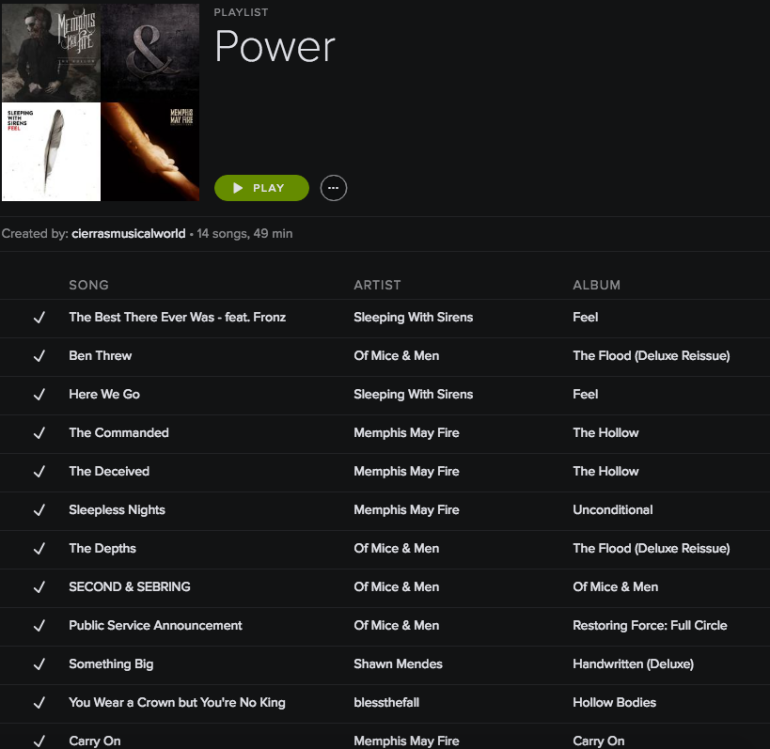 Warning: would not advise if you are not fond of heavy music.

Definitely looking forward to continuing the dark quest for revenge with Adelina in the next book of the trilogy, The Rose Society.