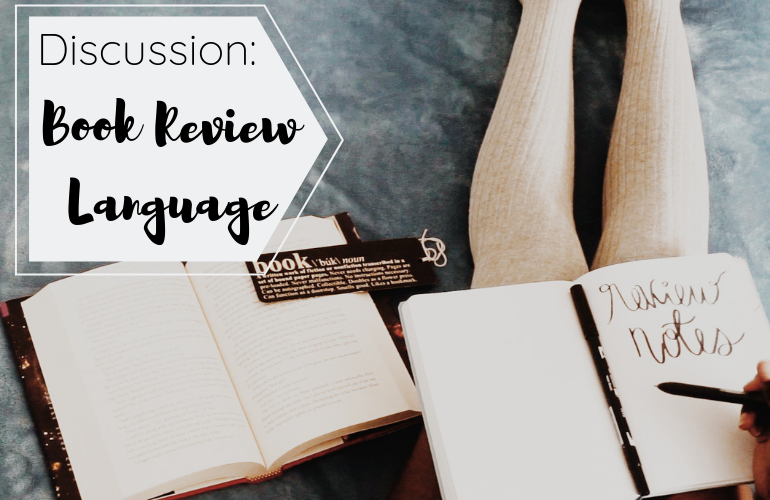 With the sort-of hiatus I took while I was migrating my blog here to WordPress, I took that time to really think about the beneficial changes the migration could bring. I was particularly reflective about the quality of my book reviews.

As a blogger of any kind, I think one of the tools you should have in your skill set is honest reflection. When you’re aware of the content you’re putting out and the intentions you have for it, it is easy to judge whether you are meeting your own quality standards. After reviewing some of my past book reviews before migration, I found that although I do believe they live up to my quality standards, there was also room for improvement.

The particular area I pinpointed for improvement was the language I was using for explanations and descriptions. Today, I want to lay out some common phrases we as book bloggers use in our reviews, and offer some alternatives that may improve the clarity and impact of our words.

How many times have you said this in a book review when it comes to talking about character development? Have you ever stopped to think about what you’re truly trying to say when you say this?

We often judge good character development by if the character feels like a real person. But what makes a fictional character feel real? Here are some things to think about:

Ah yes, world-building. Just as crucial as character development, and just as often described in very vague language. Trust me, I’ve been there. Here are some things to talk about when discussing world-building in a book review:

Plot is one of the most important elements of a story, because what is a story if it doesn’t have a direction? Here are some things to consider when evaluating the plot of a book:

In my opinion, these are the four most common discussion points in book reviews, and they also tend to be the most vaguely described. As I said, I’ve really taken time to reflect on how I can do better at making my opinions on books critical and concise, and making a resource like this will definitely help me do so, and (hopefully) help you as well.

Thank you for reading, I’ll see you next time!

P.S.: If you’ve found this to be helpful, a share would be nice!

14 thoughts on “Discussion Post: Let’s Talk About the Language of Book Reviews”