Hi everybody! Wow, we have officially entered the countdown to the new year. Another 365 days almost gone! Needless to say, it’s insane, but I’m glad that I was able to fill this year with a handful of a w e s o m e reads.

(p.s.: click the book title for the Goodreads synposis!)

Starting off with the most recently (re)read books of the year, I adore Dash and Lily! In 2016, I read D&L in the spring despite it being a Christmas book, and you know it’s a good read if it can still get you in the festive mood even when you’re out of season! I love the characters because I find a piece of myself in both of them. Dash is very wordy and thoughtful and Lily is eccentric but very sincere. (Also, David Levithan is one of my favorite authors so like, of course a book he co-wrote is on my favorites of the year?? It just makes logical sense.) Read my review for D&L here!

Okay, so I had a major problem when I read this book the first time around. I HATE the main character. I mean, I just can’t stand her. BUT, the storyline and concept of the book saved the day and is the sole reason why this series ended up in my best reads of the year. The story is about killer rain, and how just one drop will literally cause you to burn from the inside out. (Gruesomely awesome!) Anyway, despite Ruby being an annoying fourteen year old, the concept of killer rain just sucked me in and won’t let me go. I recently picked up the second book, and I can’t wait to read it! 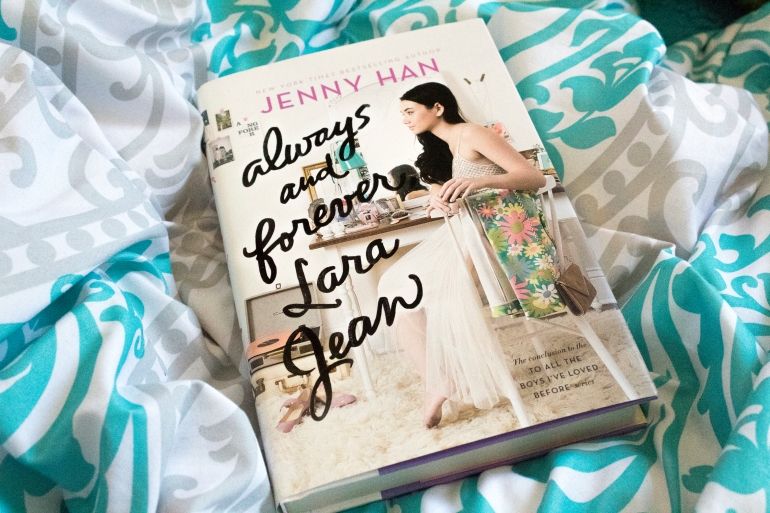 FEELS. FEELS EVERYWHERE! The finale to the world of Peter and Lara Jean Covey?! My heart was so full when this book was released. I actually reread the entire series just so I would have my memory of their lives refreshed when I got my hands on the last installment. Not going to lie, I’m still a little bit sad that it’s over, but now, I’ll always have the series physically! I ponder sometimes about what my true, true favorite books are, and I can say without a doubt that this series definitely makes the list.

(throw back to studying for the SAT) 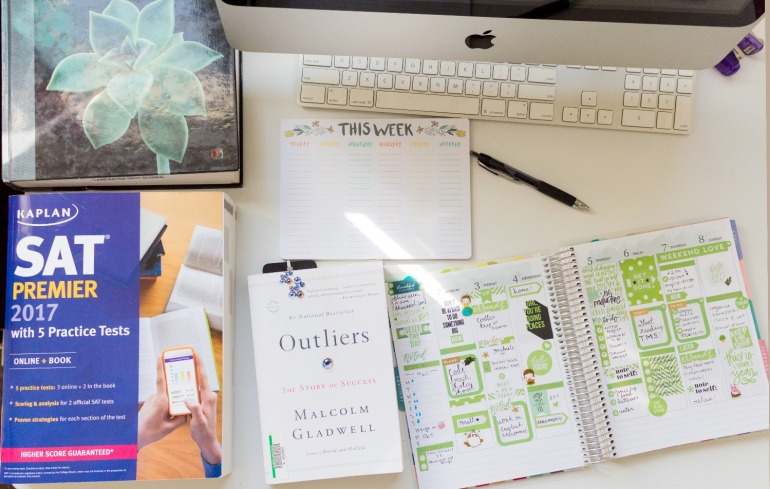 This book definitely deserves to be on my favorites of 2017 because it changed the way I think about the concept of success. I read this for my 11th grade winter reading assignment, and I can say confidently that it is one of the best books I’ve read in all of my high school career. It made me realize that there are underlying factors in every aspect of our lives and the opportunities we are presented with. Gladwell also brought to light how difference of cultures can influence behavior, and even though it’s been a while since I read it, I still remember some of the stories in the book! Last, and certainly not least, is Every Day by David Levithan. (Are we really surprised?) This is another one of my true true favorite books that I’ve read to date. It’s also a book I refuse to review because I cannot articulate my thoughts and feelings on the book. Is that weird? I feel like I’m alone in this world of “I love this book so much and I can’t actually explain why.” I guess it’s because I feel like no words could ever do it justice. Anyway, I’m SO EXCITED because apparently this book is becoming a movie?!! I’m also very scared because movie adaptions of books can either be really good or really bad. I just hope they capture A in the way that I see (him?) in my mind. It’s just such an awesome book, and I’m really hoping the movie will match its awesomeness. This is also another book that I feel like I find a piece of myself in. (Again, I’m struggling to articulate my feelings here.) I just think A is so deep. Such a round character, even though he lacks a (physical) form. The concept of waking up in a new body every day and having to respect that person’s life for 24 hours just amazes me. The book also gives a new level of meaning to the concept of falling in love. 10/10, would recommend.

Thanks for reading! Oh, and of course: